Saints Thaddeus and Bartholomew, two of the twelve apostles , were the first evangelizers of Armenia, and were martyred there, giving the Armenian Church its apostolic identity and earning them the title, “First Enlighteners of Armenia.”

Thaddeus came to Armenia about 43 AD to preach Christianity. He was martyred in southeastern Armenia. His tomb lies in the Armenian monastery of St. Thaddeus (Iran) where a chapel was built in the third century.

Batholomew is believed to have arrived in Armenia about 66 AD. He was martyred in Hadamakert, southeast of Lake Van.

Archangel is a title given to an angel of high rank in the celestial hierarchy.

Michael, which means “who is like God,” is the prince of all angels and the leader of the celestial armies. He is considered to be the protector of Christians against the devil.

Gabriel, which means “strength of God,” is one of God’s chief messengers. He was God’s messenger to Daniel to explain his vision (Dan. 8:16-26) and prophecy (Dan. 9:21-27). He also foretold the birth of John the Baptist and was chosen to announce the forthcoming birth of Christ (Luke 1:11-21).

The Holy Evangelists, Matthew, Mark, Luke and John are the authors of the four Gospels.

Matthew is the patron of the Church’s mission. The Gospel attributed to him closes with the command by Jesus to His disciples and followers, “Go therefore and make disciples of all nations, baptizing them in the name of the Father and of the Son and of the Holy Spirit, and teaching them to obey everything that I have commanded you. And remember, I am with you always, to the end of the age.” (Matthew 28:19-20).

Mark had significant influence on the advancement of Christianity. Although the Gospel according to Mark is a narrative of the life of Jesus, theologians consider it to be a handbook of discipleship. The dominant message is that being a Christian is not only believing in Jesus Christ, it is also living according to the example set by Jesus. According to tradition, Mark was the first bishop of Alexandria . One of the most magnificent cathedrals in the world is named after him in Venice , where his relics are kept.

Luke is the author of the third Gospel and the Book of Acts. He is considered to be the patron of physicians and artists. The Gospel according to Luke is greatly concerned with Jesus as “the healer of a broken world.” Luke is also noted for his concern for the poor, the marginalized, women, and social outcasts. His Gospel does not end with the Resurrection, but rather continues to Pentecost and the eternal presence of Christ in the world. According to tradition he was one of the Seventy and was the unnamed disciple of Emmaus.
John, often called the “Beloved Disciple,” is the author of the fourth Gospel and the book of Revelation. He was the one of the twelve disciples who remained with Christ, standing in front of the cross. Jesus entrusted his mother to John’s care on the day of the Crucifixion. The best known verse in his gospel is, “For God so loved the world that he gave his only Son, that whoever believes in him should not perish but have eternal life,” (John 3:16). According to tradition John left Jerusalem after attending the first council and went to Asia Minor and settled in Ephesus . He was exiled to the island of Patmos where he wrote the Book of Revelation.

After torturing and condemning St. Gregory to the pit (khor virab) and because of his fatal treatment of the Hripsimayan nuns, King Tiridates became inflicted with strange maladies. His wife, Ashkhen, and his sister, Khosrovitoukht (who had already secretly become Christian), convinced the king that only Gregory could cure him. Thus, Gregory was released from the pit. With the king’s subsequent recovery, all three helped to spread Christianity throughout the land. When Gregory returned from Caesarea where he was ordained a bishop, the king and his family and entire court and army met him en route and they were all baptized in the Euphrates River. In their later years, the queen and the princess lived in the fortress of Garni, and the king retired to St. Gregory’s final place of retreat, Mt. Sebouh.

St. Nerses the Great is remembered for his many benevolent accomplishments. Perhaps one of his greatest was the Council of Ashdishad (364) where canons were drawn up concerning the sanctity of family life, improvement of social conditions, establishment of various social institutions such as hospitals and inns for pilgrims, and the establishment of monasteries and convents.

St. Nerses truly fulfilled the words of our Lord as recorded in the Gospel of Matthew: “I was hungry and you gave me food, I was thirsty and you gave me something to drink, I was a stranger and you welcomed me, I was naked and you gave me clothing, I was sick and you took care of me, I was in prison and you visited me.”
In the 1990s, the late Archbishop Mesrob Ashjian did not hesitate a moment in his decision to name the Prelacy’s charitable agency in Armenia “Saint Nerses the Great Charitable Organization,” in honor of the saint whose deeds to improve the condition of the common people earned him the honorific, “Great,” by a grateful nation. 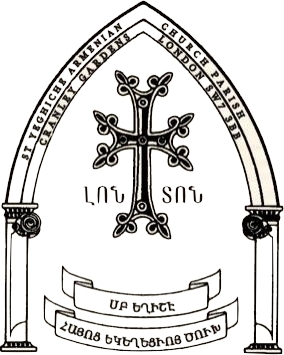 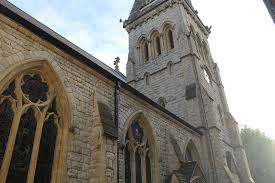 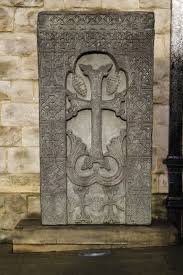 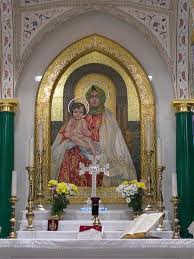 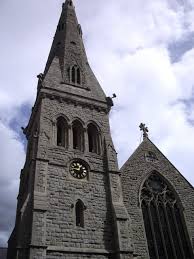 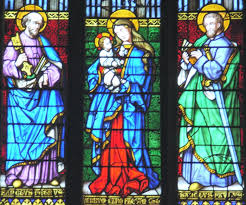 Our Website uses cookies to improve your experience. Please visit our Historical background to Saints Days page for more information about cookies and how we use them.